The Jāzeps Vītols Latvian Music Academy and Riga Dome Choir School bigband was born in January 2018 and is led by saxophonist, flutist, and composer Davis Jurka. The band mainly consists of jazz department students from both schools. In this concert you’ll hear big band classics and a couple of more modern arrangements.

In 2001 he moved to New York where he met and played with many interesting musicians and artists and was also hired as a staff member at Berklee College, working for Bob Stoloff, Kevin Mahogany, Donna Mc Elroy, Bill Pearce. After a couple of years spent between NY and Europe, he recently moved back to Italy where he is currently teaching and promoting his projects. Along his career as guitarist and composer Francesco is one of the most on demand guitar teacher in Italy. 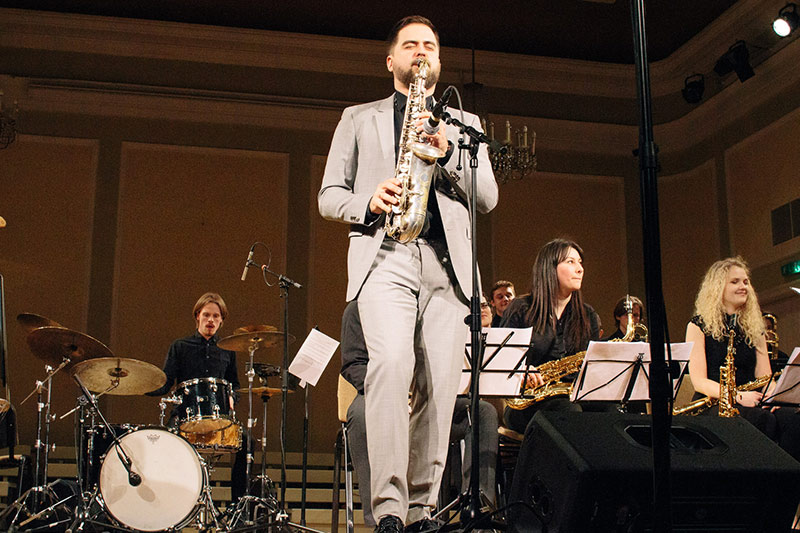